The old façade of the building had to be replaced. First the old façade has been scanned by 3D-laserscanning. In this manner the façade could be rebuilt exactly in the same dimensions and with the same details. From the scanned data, a 3D-model has been made with all 35 A1 elements to be made.

For each element to be made a direct mould has been produced by NedCam. The direct moulds were made of an EPS-base with a PU-paste layer that was milled to the exact dimensions.

In the moulds the elements have been produced using A1. These were build up by starting with a non-reinforced resin layers, followed by laminating four layers of triaxial glass reinforcement of 160 g/m². After curing an aluminum mounting structure is connected to the back of the panel by laminating. Including the mounting structure the elements have a surface weight of 20 kg/m2.

Because of the low weight the elements were easy to install. In this manner the façade of La Place in Amsterdam has been built. 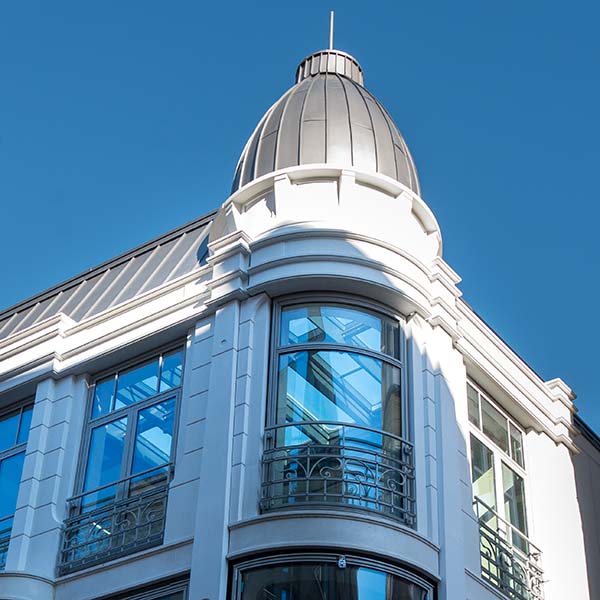