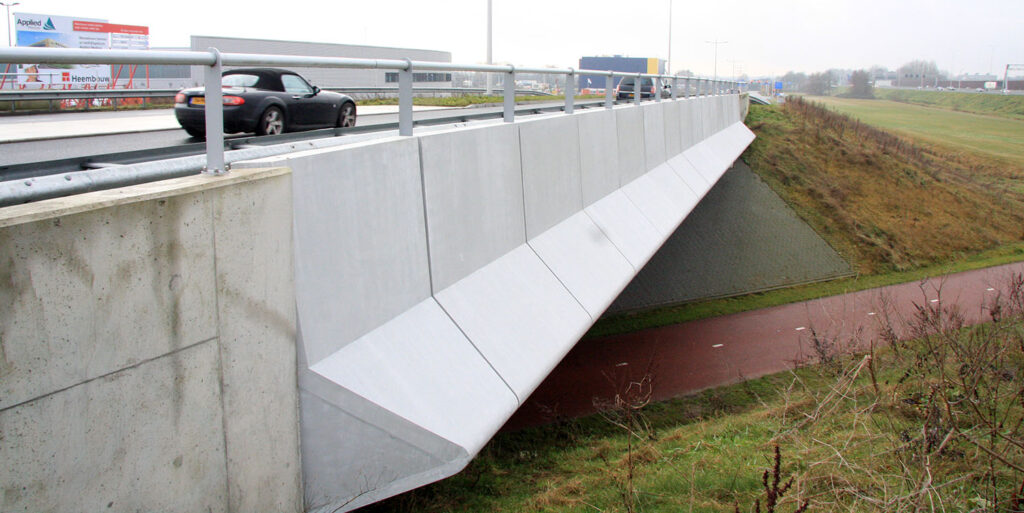 For a fly-over over the railway in Amersfoort the side elements have been designed as concrete elements. However, such elements would weigh 900 kg per meter bridge-edge. Because the total length of elements is 200 meter this would result in a weight of 180 tonnes. This was not acceptable. Therefore the elements have been made of A1 with a surface that has a concrete look. By using an integrated aluminum mounting structure the element made of A1 weighs only 150 kg per meter. This is more than 80% lighter than the concrete elements. 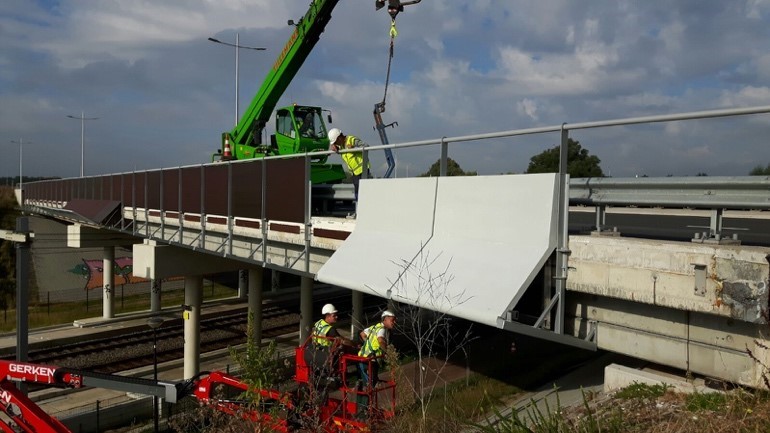 The A1 elements have been laminated in a mould, see photo below. Still in the mould, the aluminum mounting frame is connected to the A1 elements by laminating. In this manner the aluminum frame could be positioned accurately, which was important for the mounting of the assembly at the steel structure on the bridge edge. The second photo below shows how this aluminum structure can be connected to the bridge edge. 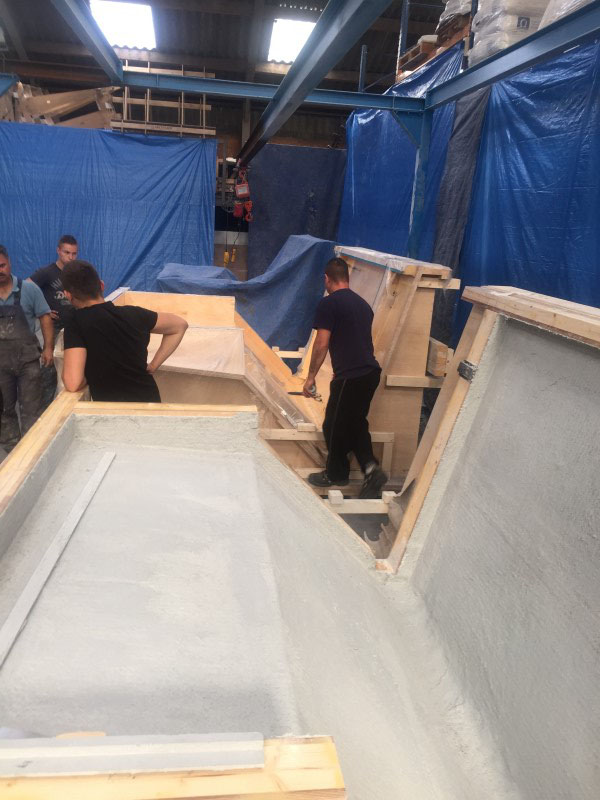 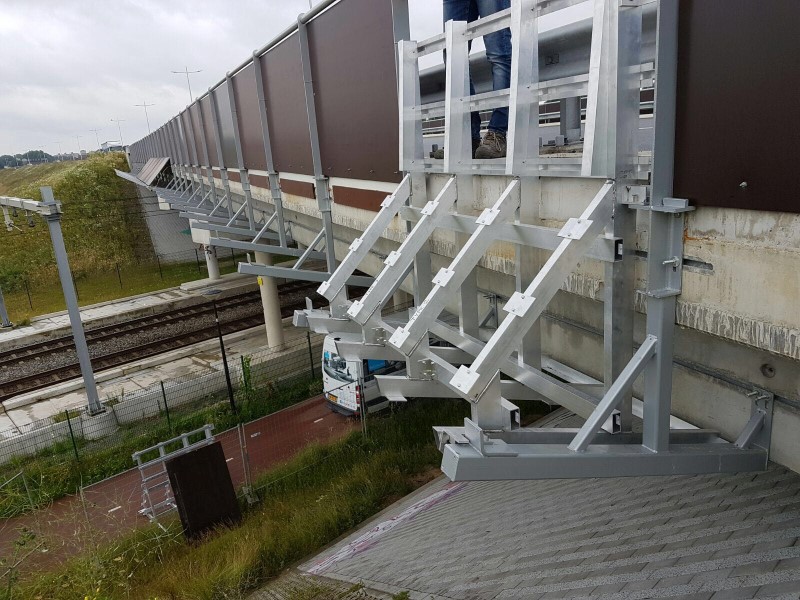 The final result is a bridge edge built up from elements that are accurately aligned. A concrete look is realized by using A1 that has 80% less weight than a bridge edge that would be made of concrete. 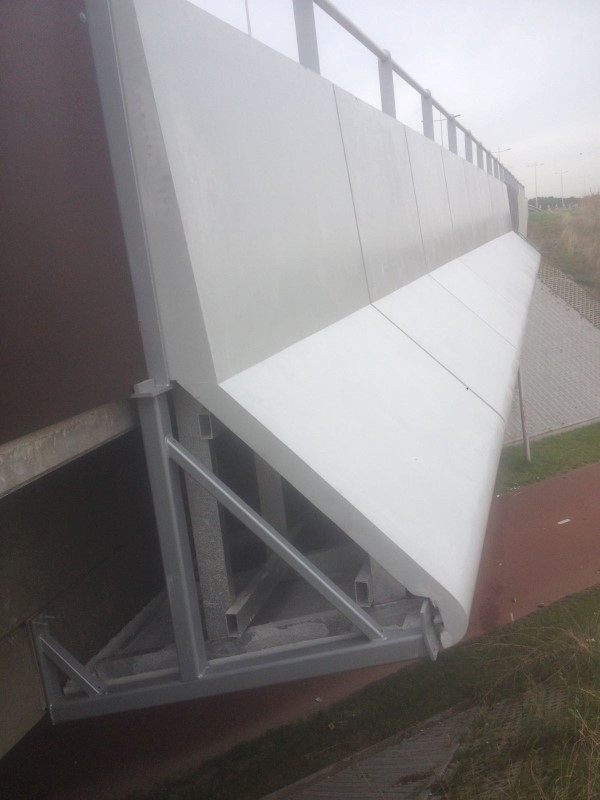